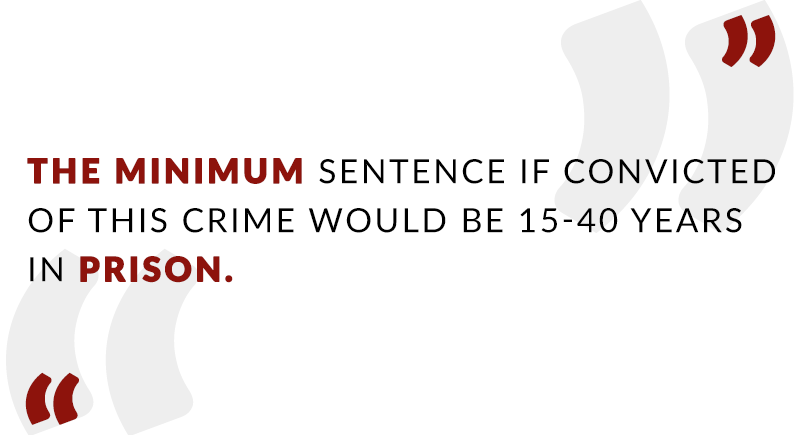 The second-degree murder is usually completed while the offender was committing another felony. Some of the specific factors of a murder in a second degree are that you had no intent to kill a victim; you probably were committing such a felony as rape, burglary, robbery or kidnapping; there was a malice in your actions; you were caught while committing a crime or fleeing after that.

It is also important to realize you do not need to commit a crime by yourself to be involved in it. For example, if you were a driver during a robbery but one of your partners shot a person incidentally, you may still be accused of second-degree murder.

Skilled Second-Degree Murder Lawyer On Your Side

The New York City second-degree murder attorneys are innovative in their defensive approach and can use any classic and relevant defense to the charges you face to help you obtain a favorable outcome. Self-defense is one of the most important defenses an attorney can use to help defend against a homicide. If your attorney can show that there was a reasonable use of force to defend against the real possibility that you were going to be killed, it is possible for your attorney to successfully defend you against a homicide charge.

Do not put your freedom and your future life at stake. Well experienced New York second-degree murder lawyers at the Law Office of Yelena Sharova P.C. are ready to work with each case personally. At Sharova Law Firm we realize how serious such accusations are and we are ready to offer you defense of the highest level. As great investigators and experienced litigators, we know how to provide you the most appropriate defense strategy that will result in a favorable outcome.

Consequences of Murder in the Second Degree

The minimum sentence if convicted of this crime would be 15-40 years in prison. This is a heavy and severe penalty and foregoing an attorney and defending oneself is not suggested, nor is not doing the proper due diligence before hiring or retain an attorney.

Second-degree murder is considered as a class two felony. The probationary sentence is rarely used by a court in such situations. The most common sentence for such charges is a period in a jail up to 24 years (or up to 48 years if there are some specific aggravating consequences).

The degree and a severity of murder are usually defined by a jury. Any murder is the worst of all possible crimes which lead to the most severe consequences, which means that the offender requires an equally serious approach to his or her defense. A professional team of legal experts at Sharova Law Firm possess great experience of working with second-degree murder cases.

Murder in the second degree is not a joke but a serious crime. A key factor for sufficient criminal defense is getting an appropriate New York criminal defense attorney as soon as possible, one who is ready to work hard for you and to provide you the legal support you need.

The main issue of any second-degree murder defense strategy is that the offender did not kill anyone willingly or knowingly but by an accident. Another way is to prove there was a simple self-defense.

The defense for such serious crimes as a murder usually demands the assistance of different legal experts in various areas, such as DNA analyzing, GSR, psychology, serology, firearms, psychiatry and human reactions, tire or foot marks, and so on. At the Law Office of Yelena Sharova P.C., we have the necessary legal resources to prove your rights.

Other defense strategies are similar to that in other cases, like for example proving offender’s rights violation, finding holes in the prosecution or court procedures, proving the inaccuracy of evidence, and so on.

One thing that stands out about the New York City second-degree murder attorneys at Sharova Law is the elite criminal defense investigators they work with in order to help establish a superior defense against the prosecutor’s case and allegations. The criminal defense investigators have multiple years of experience working with top tier units in the private and public sector of security and investigative units. They gather evidence that will prove the contrary of the prosecutor’s evidence as well as help find witnesses and assist them in coming forth of their own volition to testify on your behalf, who otherwise may not do so.