Reentry After Deportation Laws and Procedures

The Immigration and Nationality Act is a compendium of the immigration laws in the U.S. They can be complex and a reentry/deportation lawyer should be consulted before proceeding. There are laws that pertain to an alien’s eligibility for reentry into the United States following deportation. I.N.A. 212 is the law that outlines those requirements for reentry. There are many different circumstances involving the immigration court and their rulings on a case by case basis. Case laws have been established in which an alien may be a waiver of inadmissibility. Some aliens may not be granted the chance of entering the country after deportation. This is a crucial matter that requires the skill of an experience. 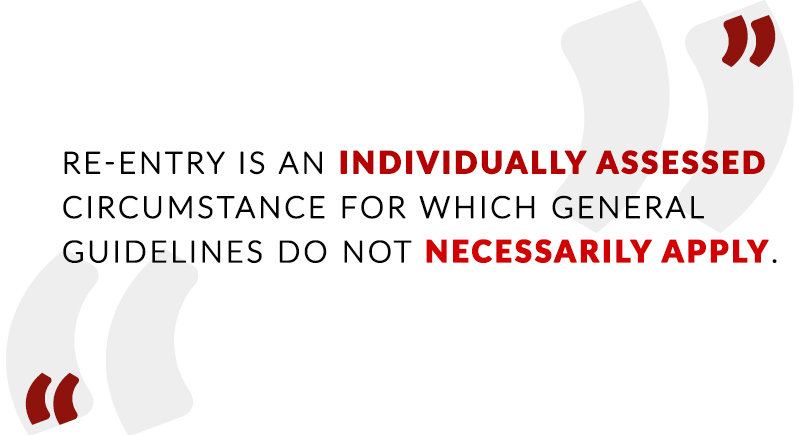 Re-entry is an individually assessed circumstance for which general guidelines do not necessarily apply. “In the Matter of Lee” and “In the Matter of Tin” are two of the most often used cases that help the immigration court and USCIS create a context in which to proceed upon. You will want a reentry lawyer who is familiar with this case law. Re-entry after deportation is considered using different criteria, some of them are applicants respect for law and order, the length of time since deportation (removal), family responsibilities, and much more.

There are a couple of forms that allow a person to either request for reentry after deportation as well as a form for a waiver of inadmissibility after deportation (removal.) Form I-212 is used to ask for permission from the government for reentry before the obligatory waiting time is up. If an alien voluntarily left the United States without deportation proceedings, they can request reentry without form I-212. Form I-601 is used along with forms I-212. The grounds for which an alien was removed will determine the requirements for procurement of the waiver. This is a critical area where you may not want to go at it alone. Hire a competent immigration and criminal lawyer to help you get a favorable result.

The lawyers at the Law Offices of Yelena Sharova P.C. are experienced in immigration and criminal law. They have practiced law for a decade regarding deportation and reentry. The immigration attorneys at Sharova Law P.C. are relentless in pursuing the best outcome in any deportation/removal case. We take a proactive approach to all our cases; we gather any necessary paperwork and forms before the first court date if possible. The New York lawyers of Sharova Law P.C. are sensitive to our clients’ needs as such proceedings involving deportation and reentry can be a devastating and arduous process for one and one’s family.

Illegal reentry after deportation prosecution is a continuous process, that can extend for many months. This is also a difficult and stressful situation not only for you but as well for your friends and family. Legal proceedings involving immigration crimes in the US are completed and often difficult or almost impossible to understand. Getting an experienced illegal reentry lawyer is a good decision if you are accused of this kind of immigration crime and want your case to be solved effectively and in your favor.

New York immigration crimes attorneys at Sharova Law Firm offer you complex professional legal help and expert representation, if you are facing criminal charges for an illegal reentry after deportation. Our highly qualified legal experts possess the necessary knowledge, skills, and legal resources to protect your constitutional rights. We realize how important the future of our clients are and we dedicate our whole force to make it better.

If an alien has faced deportation/removal because of an aggravated felony they will be banned from reentry of the United States for a period of 20 years. There is also a risk of a prison sentence up to two years if the individual has no felonies in his personal record before, up to 10 years in a case of any felonies on the criminal record, and up to 20 years if there is any aggravated felony on the individual’s record. There are very limited ways to getting a waiver from being banned from reentry. Even the most skilled and experienced lawyers will have a tremendously tough time getting a waiver granted.

If you are facing illegal reentry charges, ask your New York illegal reentry defense lawyer to investigate all circumstances and facts of your particular case to create the most suitable defense tactic for you. There are various arguments that can be used in your favor:

♦ Prior convictions on your record were falsely considered as felonies;

♦ You had no intent to commit any illegal reentry crime;

♦ Your removal or deportation was not lawful;

♦ Some misunderstandings or misinterpretations of several details and facts about your rights in case of the removal or a deportation occurred;

Even the best illegal entry lawyer cannot just magically protect you from all consequences after you unlawfully entered the country after your removal or a deportation. But solid legal defense makes it more likely for you to get the more favorable outcome and quickly come back to a normal life. It is quite normal if you do not know what should you do if you are accused of illegal reentry after deportation. First of all, it is necessary to get a well prepared and experienced immigration crimes attorney. Do not delay and contact Law Office of Yelena Sharova P.C. now.

Any immigration crime charge can change your life in a way you will not want. Do not lose your time and start your defense action as soon as possible. Contact Sharova Law Firm to establish a confidential legal consultation with one of our New York illegal reentry experts.