Your gun license is revoked?

Skilled Gun License Lawyer On Your Side

New York is one of the only states that makes it a felony to touch a handgun or pistol without a license and obtaining that license can be very difficult. Gun licenses can also easily be suspended or revoked. Whether you have had a gun license revoked or been denied a gun license you are entitled to appeal that decision and you are entitled to be represented by experienced lawyers with a proven track record of winning gun license appeals during every stage of your appeal. 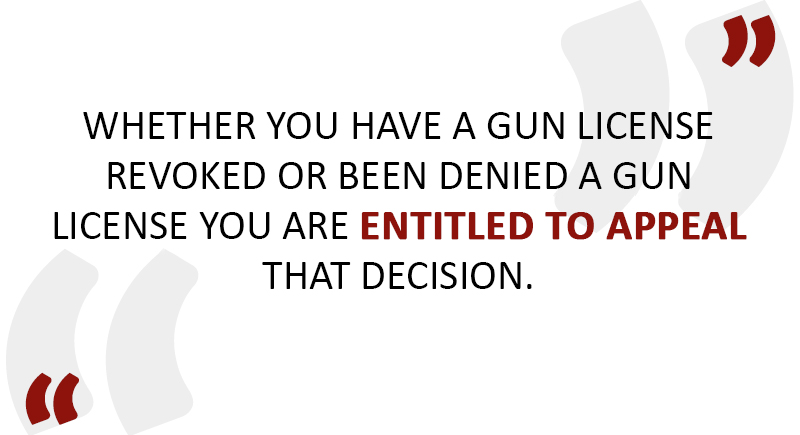 Very often a revocation may start with an “incident” although the definition of an “incident” among certain licensing officers may be very expansive. Outside of New York City you may be served with an Order to Show Cause temporarily suspending your license and requiring you to turn in your guns pending the outcome of the proceedings. In New York City you may get a letter suspending your license and directing you to turn in your firearms and directing you to give an explanation about the “incident”. Be careful, the way you respond and what you say and don’t say may be used against you.

In New York there are many different types of gun licenses. Penal Law Article 400 defines the types of licenses and the legal requirements to obtain them. Each type of license has its own specific requirements. What is universal is that all types of licenses require a completely truthful application and require that the applicant be at least 21 years old and of “good moral character.” The last requirement is often used to deny people based upon arrests which were ultimately resolved in favor of the applicant.

The law in New York permits gun licensing officers to be able to view even sealed arrests and charges. Often, dismissed arrests or sealed cases are used to deny people gun licenses.

Can You Own a Gun in NY With a Misdemeanor?

New York does not allow people with convictions of specific violent misdemeanors, considered as “serious offenses” from getting a license to buy weapons and will also lead to their gun license from being revoked. The prohibition also applies to individuals with an outstanding warrant of arrest for serious offenses such as misdemeanor stalking, sexual offense convictions, child endangerment, trespass, assault, harassment.

• Competent representation that always has your interests in mind;

• Extensive knowledge of both state and federal law; 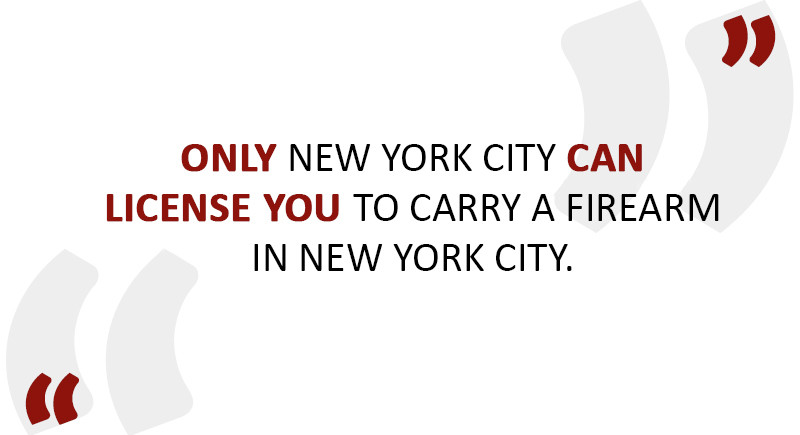 If you have any legal matters where firearms or weapons are, or may become an issue, please call us so that you can be assured that you have the skilled legal representation you need to protect your liberty, your property and your rights.

Solving problems requires being accessible. Our clients are in constant communication with their dedicated attorney. We also provide clients constant access to their case records and documents through a secure online portal. We believe that ordinary people should be able to afford competent legal services. Our rates are very reasonable compared to similarly situated attorneys.