Become a Victim of Paternity Fraud?

Paternity fraud happens when the mother of a child deliberately names a man the father of her child knowing that he is not the biological father. This can wreak havoc on the lives of not just the non-biological father, but also the father and the families of both men, not to mention the child itself. 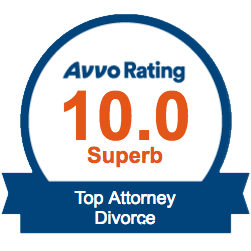 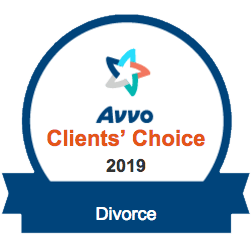 The Choice of Having a Child

Almost everywhere in the world, the choice of having children is given to the individuals as the only decision-makers in their sexual lives. The number of children and the frequency of giving births by a person would also be ground on the people’s private desires. It states that government and any governmental institution, the society, as well as the church, should not intervene in the sexual life of the individuals. People are also allowed choosing intimate partners and type of relationships on their own.

Yet, there are many examples of when women could manipulate the desire of men to have a child. It came into legal practice as a crime of paternity fraud.

Known DNA testing laboratory Indigene has written an article about paternity tests and paternity frauds in the United States. From this article information, more than one-third of all the tests that are made in quantity of thousands everywhere shows that alleged father is not, in fact, a biological parent for the child. That means these fathers are in vain responsible for the child physically and financially, and they can’t even refuse to pay their children support fees because there is a risk of facing huge criminal penalties, such as losing some driver or job licenses, prison time for the attempt to trick a court or contraction all the necessary payments from their wages. The number of paternity fraud cases reached over 300000 every year, and even more, fathers can live a life and never know they aren’t biological parents to their loved sons or daughters.

The cost of the DNA test varies between $80 to $240 depending on the state or a clinic choice. It might seem big amount of money, but paying child support until your child is 21 evidently, costs more. If you think you’ve become a victim of a paternity fraud and your wife was lying about you’re a father of a child don’t wait to make a test, because it shows the true result with an accuracy of almost 100%. All the DNA test results are accepted by the courts as an evidence for paternity fraud charges and changing your actual responsibilities for paying child support.

If you think that you have a fraudulence case on your hands and the time for disputing has come and gone, there may still be a chance for you. If you have a paternity fraud lawyer, they can help you bring to the court proof of duress, material mistake of fact, or fraud. The court can then eject a parent acknowledgment. The rules of each state vary on how this process is to be accomplished and what constitutes as proof. An adept paternity lawyer will be of great assistance in this area as it can prove to be complex and time-consuming.

Things You Should Know About Paternity Fraud in New York

DNA testing may not always be sufficient enough proof to vacate parent acknowledgment. The basis of invalidating a parental claim would mean to prove that the mother committed fraud. This means you will have to have proof that she knew you were not the father and told you that you were the father and that led you to sign the parent acknowledgment papers to provide fathers support.

In all similar cases, it is important to be able to locate and identify the biological father. The courts care about the welfare of the child so finding another means of support is going to be a big issue. Paternity imposture laws vary greatly from state to state, so hiring a paternity fraud lawyer to litigate your case is going to be a research-intensive priority.

The paternity fraud lawyers at Sharova P.C. have extensive knowledge in handling paternity fraud cases that deal with many issues. They are adept at handling default paternity cases that can be a hassle for most people to deal with. They have a top-tier investigative firm in-house and they do not treat false paternity laws in a general manner, they get to the intricacies of the matter and fight hard.

Paternity fraud can occur in various situations. For example, a couple is going through a divorce, and ex-wife decided to start a new sexual relationship and later find out about her pregnancy. If the divorce is not completely finalized to this moment, a former spouse is supposed by a court to take a legal father’s responsibility for a child. In such situation, an ex-husband can demand a genetic testing.

Another specific situation takes place because it’s mother to manage to establish the paternity. For example, she needs to name the presumed father if she wants to get state benefits devoted to a single mother. After her recognition, a state is able to make an identified father to pay the support for his probable child in the amount based on his wages or the tax he pays. If the man is not sure he is a father of the child, he can also inform a court about his willingness to do a genetic analysis.

If you or someone you know thinks they might be the victims of false claims against your obligation to be a parent, don’t hesitate to call today!