Get to know how to avoid sentence

Driving while intoxicated (drunk driving DUI, drunk driving story) is driving a vehicle with a level of alcohol in the blood that exceeds the permissible norms under the laws of the state or country. NY courts are busy to deal with cases of driving under the influence of alcohol.

This is one of the most popular procedures in all judicial institutions of the US, according to official statistics. It is a serious offense in most of the states. Punishment differs from state to state, in some states it may also depend on the degree of the excess of alcohol level in the blood, the age of the driver, and even the type of vehicle that driver controls (for example, a drunk bus driver will be punished much more severely than a drunk driver of a simple car). Also, the punishment is much more severe, if driving while intoxicated is a reason of human victims. Punishment may consist of a fine combined with imprisonment.

What is the legal definition of driving while intoxicated

Driving while intoxicated: No subject can legally run a motor vehicle while such subject has .08 of one per centum or more by weight of alcohol in the subject’s blood as shown by chemical tests of such subject’s blood, saliva, urine or breath.

In many countries, management of a boat, airplane, riding a horse and a bicycle is also prohibited in a state of intoxication.

Alcohol is the main cause of severe road accidents, according to US official statistics. But admit, who among us at least once did not violate the law? Many people sit behind the wheel of their own car after a couple of glasses of beer or a drink with friends and colleagues. Anyone can get into this situation, including the law enforcement officers themselves. 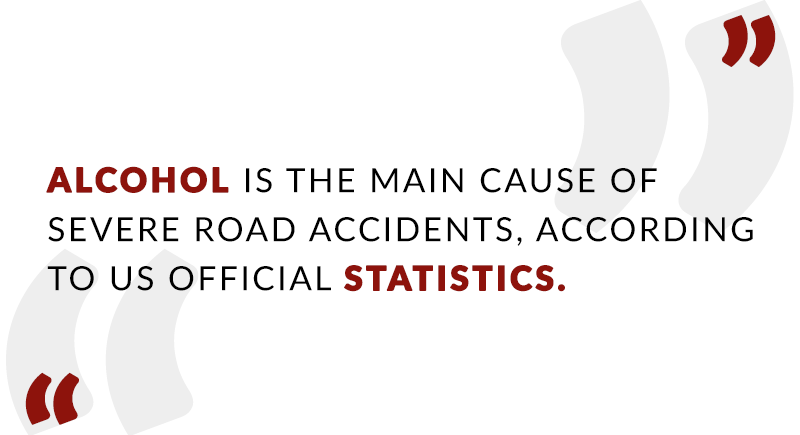 Imagine, you have been hanging out with a friend in the evening and drank a couple of bottles of good wine. Of course, a policeman will call you to stop. Now you are not an average driver for him, an intruder who exposes his life and lives to people around him because of driving in a state of slight alcohol intoxication. And no matter how you deny and convince a police officer that it is not a drop in the mouth in the morning, it will be problematic to prove this without a specialized car dealer and carrying out an examination. And the cop will do everything to prove you are guilty and bring you to justice. In fact, it can also be understood, he does not know how much the driver drank before driving, and another issue is every day abundance of auto accidents in our country that takes the lives of hundreds and thousands of people.

So, in order to defend yourself, you need a qualified and experienced lawyer. Contact Law Office of Yelena Sharova now, to get a consultation. We have a rich experience in dealing with cases like yours and know how to make your defense successful and help you to avoid sentence.