How long do divorces take?

In general, divorce is a pretty quick process, even if there are children involved or one of the spouses shows disagreement. So, the simple divorce will take up to 4-5 months. Yet, the division of property – this controversial part can last for years, especially when the goal of one spouse is to make difficult the life of another one the other. In some cases, the divorce process can last for more than five years. There will be a lot of examinations.

So, how long do divorces take?

Divorce by mutual consent usually takes about 2-3 months. However, it is very difficult to predict how long the contested divorce will last.

Many of our clients are interested in the legal aspects of divorce. How is a divorce made? We answer this and other questions in the next part of this article.

Can I get a divorce without a court?

Assume that the spouses came to an agreement on the impending dissolution of the marriage and are fully satisfied with its conditions. Nevertheless, agreement alone is not enough: the divorce case must be conducted through the courts. Family law reflects the social idea of ​​the sanctity of marriage, in particular, the inadmissibility of frivolous marriages and divorces.

What is the procedure for divorce?

Despite some differences between the laws of different states of the country, the general pattern of divorce is the same everywhere. First of all, the initiator of divorce is obliged to present valid reasons for this and in his or her application to the court to bring and explain the facts that would have caused the dissolution of the marriage. After that, the recipient will receive a notice of the beginning of the divorce process and summons. Difficulties arise, however, if the address of the defendant is unknown, and in this case, the order of notification may vary in different states. Some of them, for example, require you to place an ad in a newspaper.

What should be the grounds for divorce?

How long do divorces take?

This is indeed one of the important questions but let’s examine some more information. 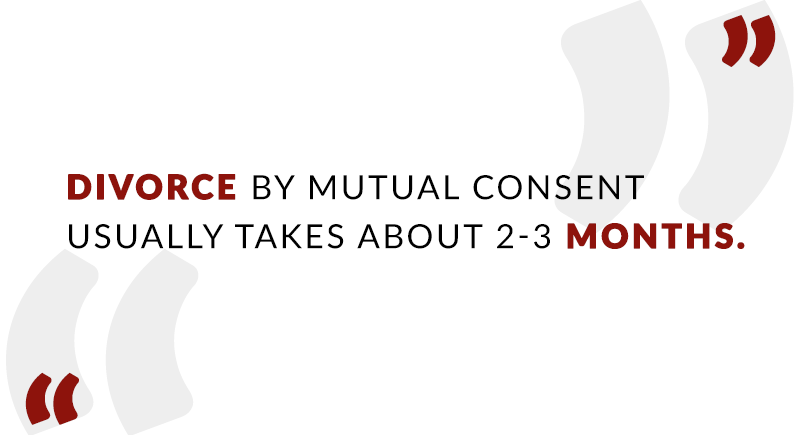 Some of the divorce features may depend on a particular state, but in general today, unlike in past times, in order to get a divorce, there is no need to prove the wrongfulness of the other spouse in such problems as, for example, infidelity, cruelty, or leaving home. Even in New York, which was previously considered the most conservative state in this regard, a new law was recently passed, according to which it is enough for divorce to show that one of the parties does not wish to be married to the other and does not actually maintain marriage with her or him during the last 6 months. However, the court will necessarily take into account whether there is an agreement between the parties on the division of property and maintenance of children, and will not approve the divorce, if there is no such agreement.

Is the other spouse required to give a written response to the petitioner?

If the answer does not go to court within the prescribed period, the court automatically concludes from this that the opposing party does not dispute the conditions of the divorce. But even in this case, the other spouse retains the right to make a counterclaim if the spouse has own grounds for divorce. The counterclaim is allowed, rather, in order to allow each spouse to obtain a divorce on favorable grounds.

Yelena Sharova received one of the greatest lawyers' awards with a rating 10.0 of possible 10.0. In the Law Office of Sharova P.C. we are happy to share this moment with our lead attorney.

Bitcoin Is Legalized in USA

Aaron Hernandez a Free Man in Spirit, and an Innocent man by law

Aaron Hernandez, former NFL player, who was found guilty can go to his grave as a totally innocent by law.

On May 16th, 2016 advocate Ms. Yelena Sharova was duly admitted and qualified as a counsellor and attorney of the Supreme Court of the USA