Is Drunk Driving A Felony In New York?

What If I Got Arrested For Driving Under The Influence?

If you were charged with a drunk driving felony in New York or any other form of DUI or DWI, it would be better for you to hire a good and experienced lawyer, who will be competent and will properly run your case. Luckily The Law Office Of Yelena Sharova P.C. has the best-aggravated DWI lawyers in New York. As well our offices are situated in Brooklyn and in Manhattan so our lawyers can easily reach the court in no time so you don’t need to pay for the additional hours.

So how does the court process look like? You are going to have a brief hearing prior to a judge where you are able to present your case to have your record sealed. The info from the prior state may be used against the man or woman to either elevate the crime to a more severe crime or else elevate the punishment to a more significant punishment. You should ask a judge of the court that handled the case to seal the scenario, and it is all up to the judge to choose whether to achieve that. 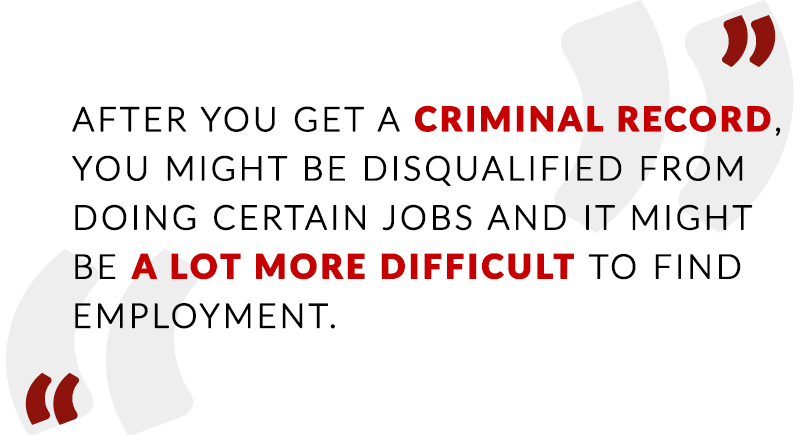 Specifically, the very first time you commit aggravated Drunk driving felony in New York, you could have your license revoked for at least a year. As an example, New York State doesn’t have an expungement statute, or a means to seal the record. If you have gotten a DWI in NYC, it is usually not expunged from your record irrespective of how long ago it happened.

If your auto insurance isn’t canceled because of an alcohol-related conviction, your rates will go up by a good amount on account of the seriousness of the offense. The typical rate your body processes alcohol is approximately 1 drink per hour. Three drinks for a single person can be devastating whereas three drinks for one more person doesn’t have any result.

If guilty of driving after consuming alcohol, you won’t go to jail because it’s not a criminal act. Usually, an employer would like to know which you’re capable of getting to work in time, have your own transportation if necessary and don’t have a drinking issue. An individual should not volunteer the range of drinks because the case is dependent on how the alcohol in effects that person, the way that it gets digested, and the way it gets metabolized.

After you get a criminal record, you might be disqualified from doing certain jobs and it might be a lot more difficult to find employment. Repeat offense drunk driving felony in New York is a significant matter which may have a substantial effect on your future. Many criminal defense attorneys don’t consider the collateral damage down the street, The Sharova Law Firm expert explained. In all instances, to be qualified for consideration of having records expunged, an individual will want to meet several criteria.

In terms of the effect on your auto insurance, it varies. In many instances, the judge may decide to impound the vehicle rather than requiring an interlock device on the ignition. Therefore, if someone were the sole person in the vehicle, then law enforcement will assume that the person drove the vehicle.

Convictions involving official corruption also might not be expunged. Criminal histories weren’t cited as the main reason. In most cases, after it is sealed, you may say that you were not arrested or convicted of a crime.

If you by chance get caught driving while intoxicated, then it’s beneficial to seek the services of a DUI lawyer to supply you with sound legal counsel. Choosing a seasoned defense lawyer from The Sharova Law Firm is paramount to the result of your case. When you are prepared to speak to a true unlawful attorney, call us.

Convictions of a drunk driving felony in New York for the last 10 years have to be made known if the individual is running for public office or wants to acquire a professional license. Continue reading to learn what the penalties could be if you’re convicted of an underage DWI and how an experienced lawyer might be able to assist you. If you won’t have an attorney, you have to prepare for your hearing.

There are scores and scores of small companies which buy information regarding criminal cases from local court systems and sell it on the internet. When someone has more serious records within the county, they might be able to clear their name with a different course of action. Legal counsel can make sure that your request to seal your record addresses each one of the essential qualifications.

How To Understand Aggravated Charge?

Another potential avenue for somebody who has been convicted and seeking expungement is to procure proof of rehabilitation. Underage Drinking if you’re 21 decades old or older, you could qualify for expungement. Drunk driving felony in New York ought to be taken seriously.

Misdemeanors have the capacity of incarceration in the local jail for up to a year. Instead, it’s an infraction or a violation. Fines and incarceration are the principal penalties that defendants have a tendency to believe about.

Therefore, a string of DUI charges spaced longer than ten years apart would create a misdemeanor instead of a more severe felony charge for the defendant. Your second arrest within a decade is an automated felony charge. Furthermore, any arrest records associated with a charge that didn’t lead to a conviction might not be reported (regardless of time).

Repeat offense drunk driving felony in New York is a significant matter which may have a substantial effect on your future. Many criminal defense attorneys don’t consider the collateral damage down the street, Collins explained. In all instances, to be qualified for consideration of having records expunged, an individual will want to meet several criteria.

How to Define Felony Type?

Anyone who is accused of Class B felony or any other felony crime should immediately contact Sharova Law Firm to get the professional legal help.

Menacing Charge - What Is It?

Menacing Charge can be considered not just as a misdemeanor but also as a felony and The Sharova Law Firm is glad to help you to manage your case.

The Importance of Criminal Mischief Felony

The Sharova Law drug charge defense attorneys will make certain your case receives the attention and dedication it deserves.